In the province of Biella in Piedmont, the Alpi Biellesi Tourism Consortium was born from the evolution of the Oasi Zegna Tourist Consortium, which, starting from 2005, was composed as a group of operators, tourists and not only, willing to work together for the development of the tourism economy in the mountain area called Oasi Zegna. Today the Consortium members have increased in number and are also operating in neighbouring mountain areas; hence the name Biella’ Alps.
Among these, the largest number is made up of restaurateurs and those who manage reception facilities-hotels, agritourisms, shelters, hostels – but there are also the mountain farmers with their farms, winter and green sports instructors, the mountain merchants, producers of typical products, guides of various types, managers of sports facilities, event organizers.

Next to them: the Pro Loco of Trivero engaged in the management of the IAT (Tourist Office in Trivero), the Hotel Institute and the Santuario della Brughiera, as well as the CAI Biella, the Municipalities of Trivero, Piatto, Rosazza, Tavigliano and Veglio

The union of these professionals aims to develop the tourism economy in a territory as delicate as the mountain, where the naturalistic, landscaping and cultural values must be identified, valued, protected and promoted. 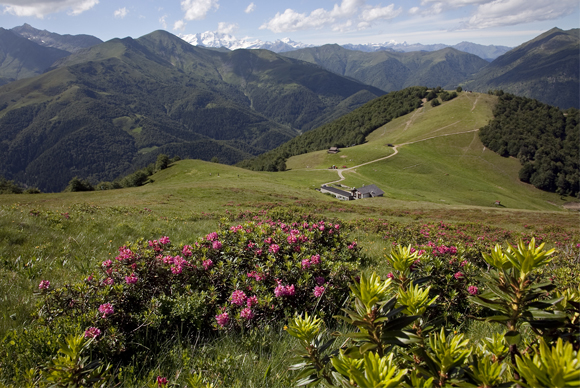